Agree
Disagree
Contact Us
HomeLegal Aid Society’s David Kozlowski Takes on New Role as Director of Advocacy
A- A A+
Connect with us:

In this role, Kozlowski will lead and coordinate the non-profit law firm’s advocacy work throughout its eight offices and entire 48-­county service area. He will continue to serve as managing attorney of the Columbia office.

“Our mission at Legal Aid Society is to enforce, advance and defend the legal rights of low-income and vulnerable individuals. Historically, our efforts have been magnified when we champion big-picture solutions to systemic problems. Creating this position, to be ably filled by David, allows us to build on our past successes in this area,” said Gary Housepian, Legal Aid Society’s executive director. “David is a skilled lawyer with extensive courtroom experience, and he’s shown outstanding commitment to advocacy work. He is —without a doubt— the right person to inaugurate this role.”

Kozlowski is a graduate of Vanderbilt University Law School and joined Legal Aid Society, through its predecessor Legal Services of South Central Tennessee, in 1980. In 2001, he worked with the Tennessee Justice Center on several class action cases. The following year, he became assistant general counsel to Legal Aid Society and managing attorney of the Columbia office.

Kozlowski has been lead counsel on many significant state and federal court decisions in Tennessee involving prisoner and juvenile rights and has extensive appellate experience in Tennessee. He is the author of leading reference works on Tennessee unemployment security law and chapters on appeals from juvenile and general sessions courts in Tennessee Appellate Practice and Tennessee Law of Children.

In 2014, the Tennessee Supreme Court reappointed Kozlowski to a third three­‐year term on its Advisory Commission on the Rules of Practice and Procedure. The Tennessee Supreme Court invited Kozlowski and his colleague, Rae Anne Seay, to co­‐chair the civil subcommittee of the Court Improvement Committee for the purpose of revising the Tennessee Rules of Juvenile Procedures. Seay is an attorney in Legal Aid Society’s Tullahoma office.

“David Kozlowski is a true professional,” said former Tennessee Supreme Court Justice William Koch, who now serves as the dean for the Nashville School of Law. “He has earned the respect of his colleagues at the bench and bar for being an articulate and effective advocate for the most vulnerable members of our community.  This new role will enable him to continue his good work on a broader stage.”

“I am looking forward to stepping into this position,” said Kozlowski. “This will be a chance for me to work with the lawyers and advocates in each of our offices as we work together to address the most significant problems – domestic violence, healthcare, housing, consumer and financial maintenance – that our client community faces throughout Middle Tennessee and the Cumberland Plateau.

Legal Aid Society of Middle Tennessee and the Cumberlands advocates for fairness and justice under the law. The non-profit law firm offers free civil legal representation and educational programs to help people in its region receive justice, protect their well-being and support opportunities to overcome poverty. It serves 48 counties from offices in Clarksville, Columbia, Cookeville, Gallatin, Murfreesboro, Nashville, Oak Ridge and Tullahoma. Legal Aid Society is funded in part by United Way. Learn more at www.las.org, or by following the firm on Facebook. 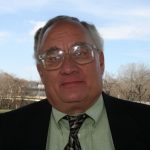