Agree
Disagree
Contact Us
A- A A+
Connect with us:

NASHVILLE, Tenn. July 21, 2016 – Legal Aid Society of Middle Tennessee and the Cumberlands announced today its new executive committee officers, who began serving their two-year term this month. Robert “Bob” J. Martineau Jr., commissioner for the Tennessee Department of Environment and Conservation (“TDEC”), now leads the Board of Directors as president.

Martineau was selected seventh Commissioner of TDEC by Tennessee Governor Bill Haslam in January 2011. In 2014, his environmental leadership at TDEC was recognized at the national level as he was elected by his peers as President for the Environmental Council of the States (ECOS), the national association of state environmental officers. This was the first time a head of TDEC has been elected to any top leadership post at ECOS.

Martineau previously worked in environmental law 16 years at the Waller law firm in Nashville. Before that, he served seven years in the Office of General Counsel for the U.S. EPA in Washington, D.C. He is a graduate of Leadership Nashville and Leadership Tennessee and is past president of both the Tennessee Chapter of the Cystic Fibrosis Foundation and First Steps. In 2013, the Women’s Political Collaborative of Tennessee honored Martineau by naming him a recipient of their annual Good Guy Award due to his outstanding advocacy of women, women’s issues and the community. In 2014, the Nashville Business Journal named him one of the “Most Admired CEOs” in the region.

Martineau earned his law degree at the University of Cincinnati and holds an undergraduate degree from St. John’s University in Minnesota.

“Bob has been an active Board member since 2008 and became more heavily involved when elected to the Executive Committee in 2010. He realizes the problems our clients face, as well as the issues our staff and volunteers experience when trying to meet the overwhelming need for our services,” said Gary Housepian, Legal Aid Society’s executive director. “Bob is committed to our vision that no individual should be denied access to justice. I have no doubt Bob will work diligently to help expand the assistance we provide throughout Middle Tennessee and the Cumberland Plateau.”

The other officers who will serve with Martineau through 2018 are as follows:

Legal Aid Society of Middle Tennessee and the Cumberlands advocates for fairness and justice under the law. The non-profit law firm offers free civil legal representation and educational programs to help people in its region receive justice, protect their well-being and support opportunities to overcome poverty. It serves 48 counties from offices in Clarksville, Columbia, Cookeville, Gallatin, Murfreesboro, Nashville, Oak Ridge and Tullahoma. Legal Aid Society is funded in part by United Way. Learn more at www.las.org, or by following the firm on Facebook. 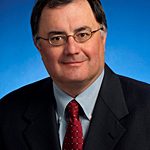