Agree
Disagree
Contact Us
HomeHow Used Car Buyers Can Protect Their Legal Rights
A- A A+
Connect with us:

Published in the Main Street Nashville on Aug. 26,2019

Few purchases can wreak more havoc on your pocketbook than when the used car you purchase develops mechanical problems.

Unlike new car purchases, which are covered under “lemon laws” that protect buyers from being stuck with inoperable or defective vehicles, most used cars in Tennessee are sold in “as-is” condition — meaning that the seller takes no responsibility for the condition of the car, and the buyer is responsible for any future maintenance needs.

What many consumers may not know is that there can be exceptions to this law if a car buyer’s situation meets certain criteria. As an attorney for Legal Aid Society in Nashville, I work with clients who have been taken advantage of by unscrupulous used car dealers. And, in numerous cases where there’s been clear wrongdoing or simply a mistake on the part of the seller, we’ve fought back and won.

Some car problems present themselves days or weeks after a purchase, and although it’s certainly frustrating for the buyer when they occur, it’s ultimately just bad timing and bad luck. For example, let’s say that you buy a car and its transmission goes out two weeks later. It would be hard to make a legal case that the transmission was faulty at the time of the sale. However, if a problem surfaces where it seems likely that the dealer intentionally concealed it before the purchase — and the buyer can prove it — the buyer could potentially have the legal standing to get out of the purchase.

In one case I worked on, an individual purchased a car, then took it for an emissions test, and the car didn’t pass. In Tennessee, a car has to pass an emissions test before being registered, so the buyer legally couldn’t drive the car — which was, of course, the reason he purchased it. He asked the dealer to take the car back and it refused. We sued the dealer, arguing that the dealer hadn’t sold a car in drivable condition, despite representing it as such. We won the case, and the client got out of most of his obligation to the dealer.

One key to these cases is the level of impairment to the car. It has to be substantial — something that had the buyer known, he or she never would have purchased the vehicle.

There’s no law requiring that a buyer be allowed to take a car to a third-party mechanic before purchase. However, many dealers will nevertheless allow a buyer to do that as a good-faith gesture. Other businesses won’t allow a buyer to drive a car off the lot unless it’s been paid for, which certainly creates an opportunity for unscrupulous behavior to occur.

Even if a car is mechanically sound, if it’s somehow substantially different from the way it was presented to you as the buyer, you may be entitled to ask for your money back.

Let’s say that you go to a car dealership and purchase a pickup truck with a V8 engine, but soon after learn that the engine is only a V6. Because you were told by the dealer that the truck was a V8, and never would have bought the car had you known it was a V6, you would be within your rights to go back and ask for a refund — or request that they put the correct engine in the car for free. This is what’s known in the legal world as “revoking acceptance.”

According to the law, acceptance must be revoked within a “reasonable” amount of time. There is no hard and fast rule as to what is considered “reasonable.” Legally speaking, if you properly revoke acceptance of a vehicle, then you have the same rights and obligations as if you had never bought the vehicle in the first place. Despite this, the seller might decline to let you out of your contract. If this happens, it might become necessary to speak to an attorney about what your next steps should be.

To avoid getting into this kind of situation at the outset, I would advise not buying from a seller who won’t let you take the car to a mechanic before purchase. In addition, when buying a used car, make sure that you’re not agreeing to make monthly payments that you can’t afford.

Some car buyers find themselves in a desperate situation because they have bad credit, so they’ll sign a terrible contract where they pay way too much for a vehicle. After they miss a payment, the dealer repossesses the car. For example, an unscrupulous dealership might sell to a customer who is making $800 a month, then require a $500 monthly payment with the expectation that they’ll default on the loan. The dealer will repossess the car, then resell it for the same amount. It’s an incredibly unethical business model — but it’s one that we can also assist consumers in fighting back against. 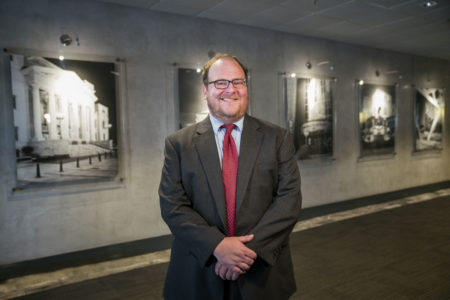 James Rich is an attorney with Legal Aid Society of Middle Tennessee and the Cumberlands, Tennessee’s largest nonprofit law firm.